“I wanna tell you a story”

“I wanna tell you a story” 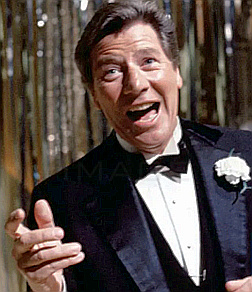 My career has been a bit of a roller-coaster ride these past 40 years. Many ups and downs. Some to scare the living daylights out of me, whilst others were highs with euphoric feelings.

In today's climate of fear and anxiety, I am reminded of those more memorable moments and thought I'd share one with you, since all of us today are facing renewed uncertainty about our jobs, homes and health.

When I was in my early thirties, I had been promoted to sales manger as a rising star salesman for the printing firm I worked for. Things were going well however the owner expanded the business premises, doubling it in size and invested heavily in more capital equipment for new presses and operating facilities.

What had once been a very successful, small family firm, became almost overnight, a giant corporate responsibility.

The owner was an honourable man, but with failing health he sought to find new buyers who could re-finance the business with the drive and passion to move the business forward, rather than entrust the existing directors with a management buy-out option. He found a couple who were certainly ambitious and who had even bigger plans and so that as they say, was the beginning of the end for me.

I was under a lot of pressure to increase sales substantially but it was clear, at that time in my development, I had none of the expertise, contacts or management skills (I was only two years into the job), to leap to that Premier League level and so the new owners decided to bring in their own people. One minute I was sitting at my desk, the next in the corridor waiting on a taxi to take me home. I had been dismissed without warning, my car was left parked in the car park and I held a small box of possessions from my desk which they graciously let me take with me.

I was devastated. My wife and I had just moved into a new house with our newborn son. Suddenly I was without hope and unemployed. I was scared and defeated. So I retraced my footsteps back to my previous employer, whilst not having a position to fill, gave me a basic level income and a secondhand banger of a car, but most importantly, the chance to rebuild.

My boss told me, "don't get mad, get even" and so a year later after I had dedicated myself to winning vital new business, I remember sitting in the board room with my colleagues during an important sales meeting when a call was put through. Normally that would not happen, however my boss knew who was calling as we were waiting to hear if we had won a major printing contract.

I took the call, my client was head of purchasing for United Distillers in Perth.

"I just wanted to let you know in person Graham, that I am awarding the contract to you"

When I put the phone down I could hardly contain my emotions. I had been vindicated. And the company I had left, as I had predicted, went bust within two years. The owners were clever enough to lease-back all the previously purchased equipment and basically asset-stripped the company.

So why am I telling you this?

Well, today is also a hard day. I have had no meaningful work in five months, and like many others out there am facing an uncertain future. However, it is with this thought in mind I want to reach out to any of you who are also struggling and suffering the pain of uncertainty.

You can and will rebuild.

There is a future for you.

Sunrise over Trees-bannerThe sun rises above the horizon behind a group of trees near Howgate, Midlothian.