Super Moon Eclipse - Last one until 2033

The alarm went off at 2:00am and so I dragged myself out of my slumber, dressed and headed downstairs to take a look outside. There was a light chilly mist lying in the valley but the stars and 'star attraction' were clearly visible.

The moon was by now high in its orbital path in the south western horizon and the first signs of the eclipse shadow was biting onto its left shoulder. Next I set up the tripod with my SLR and 70-200mm lens securely mounted. My 5DMkI is a good enough camera but ISO sensitivity has increased significantly on later models so I knew I was limited in scope. I selected 1250 ISO and set manual focus on infinity taking a test shot at f2.8, two stops under. Still too hot so I eventually settled for f8 at 1000th/sec as the preview gave me no clipping and detail was clearly visible. Then into the menu to turn on 'mirror lock-up', set the timer and began the sequence taking an image every three or four minutes, though not to a stop watch, more by eye.

It was now 2:30am and I was joined by my son whilst my wife was looking out from the bedroom window. A full compliment of moon watchers!

And so I continued taking exposures watching the moon shrouded in half by the Earth's shadow and then the magic began. A brownish glow appeared from the silvery white and as the morning rolled on, so too did its colour, until eventually the whole of the moon was covered in dark amber. This darker light meant some quick adjustments to compensate, pushing my ISO to a limit of 1600 (more than this is just too noisy) and opening up the aperture wide and dropping the exposure time like a stone.

Having witnessed the first transformation I decided to call it a night and use my imagination to see the final sequence.

Later I post-processed the images and combined them together in Photoshop to show the full effect in one shot.

If you missed it, you will have to wait another eighteen years!! 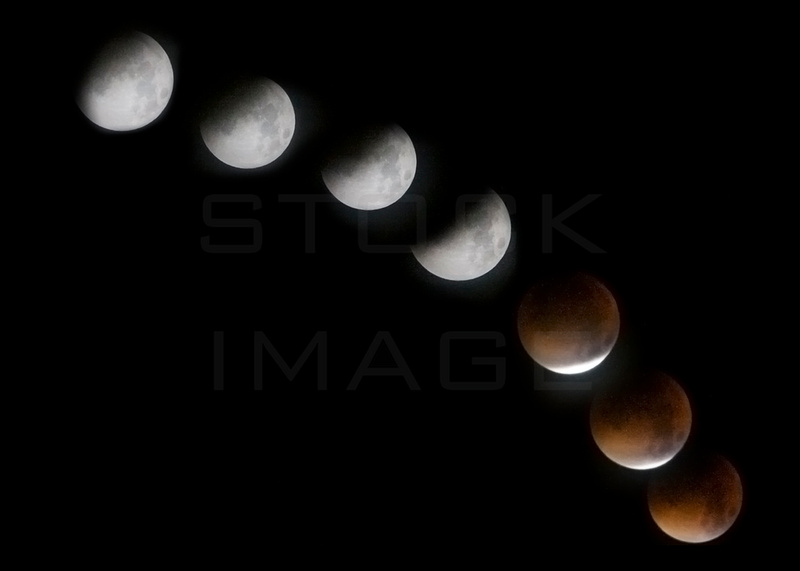