Such a Perfect Day - at Traquair House 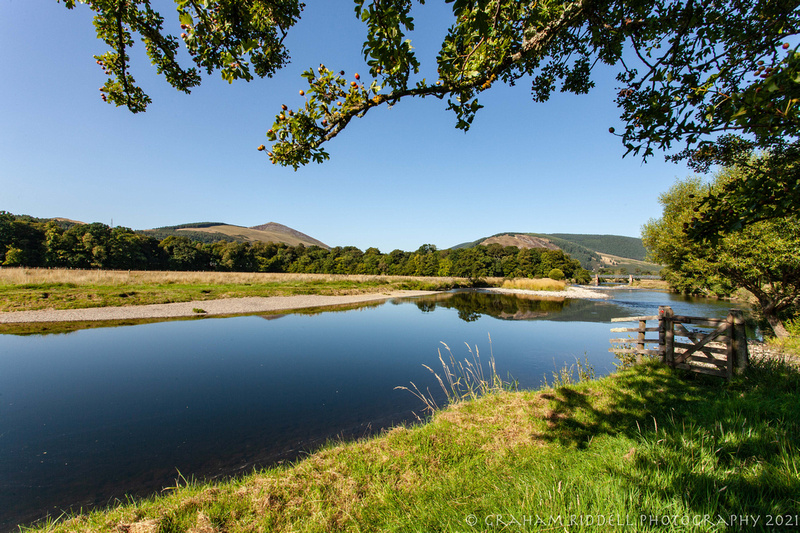 20210901_MG_5375_5D- localThe river Tweed from Traquair Bank looking over to Innerleithen and Lee Pen in the distance.

I have been suffering a bit lately with my health.

Recurring back, neck and shoulder muscle pain resulting in various visits to the hospital to have my heart checked over including fitting a 24 hour heart monitor to investigate an irregular heart beat. I've had palpitations, missed beats, and even times when I though it might actually stop and not restart until, boom, back online again!

Fair to say I have been overindulging this past eighteen months, trying to ignore the insane media circus obsession of endless Covid reports from every conceivable angle known to man. If only they (the Media) were as good at covering the many other local and world events, perhaps we could be better prepared and not mugged by another Media Attack when 'out of the blue' another crisis hits!

We have become a 'Reactionary Society', fighting endless media storms, some partly avoidable, through crass ignorance of the world around us and the political failure to 'do the right thing', rather than make the most convenient, economic and most profitable investment choice. The Global Financial Elite rule the world, conjuring credit from thin air, for us to pay back. Big Corporates are their devotees and loyal subjects who ensure we remain indebted. We are far from free. Wealth is an illusion shared by the few.

Global Media News is itself like a virus. It belongs to the same strain of infection.

It spreads selective, adrenalin-fuelled anxiety, faster than the current California/Russian/Greek forest fires that have ravaged the planet of its tinder-dry forests which seem to burn forever and yet fails to ask why there are no large firebreaks to stop them from spreading so quickly?

It pours out cascades of misery like the torrential downpours that crash down from the heavens overcoming our poorly managed drainage systems and fails to ask why our dismal land management (continuing to build on flood planes and destroying areas of land banks close to rivers) don't put ecology at the head of their decisions to help protect the open fields, trees and vegetation that all help soak up water, nor do they investigate local planning authorities about their preferences in favour of more bitumen and concrete where more water lies and can't run-off, over the natural habitat and ecology where so many of our natural local species are being driven towards extinction.

Or it erupts into panic when millions of people flee for their very lives through war and tyranny with alarmist headlines that are frankly bordering on Xenophobic, but doesn't ask the harder questions about our involvement in those countries nor report its progress of them until the sh*t hits the fan (again), so sealing the fate of millions and refusing to help them escape their misery to 'safety' to a land where we so badly need foreign helpers to take on the jobs we are unwilling, unprepared, or have staffing shortages to do.

"The next virus Covid variant has been identified" - Boo!!

"An earth destroying asteroid has been found" - run (where?)!!

"Billionaires head for Mars" - last one out shut the door.

"The Russians are coming" - break out the vodka!!

To politicians at home and abroad I ask, where is the foresight, planning and critical thinking? Where is the leadership? Where is the Hope for a better world? And to the media, Where is the Truth and can you find it and report it? Policy is made on what the People know to be true but lies and cover-ups are everywhere and politicians are getting an easy ride as the Media Baron vampires suck on the neck of more attractive sensationalism.

Man's management of the planet is undoubtably in question, however as long as those in powerful positions are getting paid handsomely (many at our expense) and are largely unaffected by reality as these are other peoples' problems which will ever-be for an other day. But those problems are quickly becoming our problems and increasing by the day, helped by Corporate Media's failure to reveal and National Government's stealth and policy of redacted information. Now the chickens are coming home to roost.

My Ostrich Philosophy of beer glass, wine bottle or whisky decanter is an unsafe haven I know. I share it amongst other struggling souls with whom I have a common bond, we're all trying to navigate through this theatre of apocalyptic gloom and get to another day, a brighter day, like today.

For the few days I have rested-up as much as possible (can do this when you are self employed though no-one pays you for it) avoiding my three main crutches, and so on the 1st of September, the meteorological start of autumn (the season of blissful decay), the skies had cleared completely, blue and endless, still pure and free from the scars of a thousand jet trails. The warm sunshine beckoned me from my bed and with my camera in hand, I visited a local landmark and visitor attraction for some much needed Nature Therapy.

Traquair House is reputedly the oldest, continually inhabited, country house in Scotland (over 900 years!) Its lands once extended far into the surrounding landscape and was a base for Royalty to enjoy, with its rich pickings for hunting in its surrounding abundant forests and woodlands, full of wild deer and boar etc.. and is now where the town I now live in sits. But even that great estate has shrunk to more modest proportions having over the years released lands to regional forestry and housing developers adding further to the growing fir-tree plantations our region is abundant in and the increasing population as more commuters from the City become attracted to 'the country', some to pursue an insatiable modern appetite for mountain biking which our area has become so popular, in addition to the more traditional pursuits like  walking, fishing, pony trekking and general recreation.

The House still retains access to some stunning scenery on the banks of the river Tweed. The river was diverted several centuries ago to prevent the risk of flooding the house (foresight!) however, new housing developments and river course modifications (to protect them) could, cause the old course to reroute herself in time when the water table inevitably rises during seasonal surges.

I'll leave an a more positive note with some images from my walk around the grounds at Traquair House and encourage you to come and visit sometime and experience for yourself where I am sure you will be made most welcome. It's a place of history and legend, as magical as it is impressive with its champaign-glass lawn, bear gates, brewery, ancient yew trees, beech maze and courtyard garden & cafe where I enjoyed coffee and cake.

A little piece of peace in a violent world. 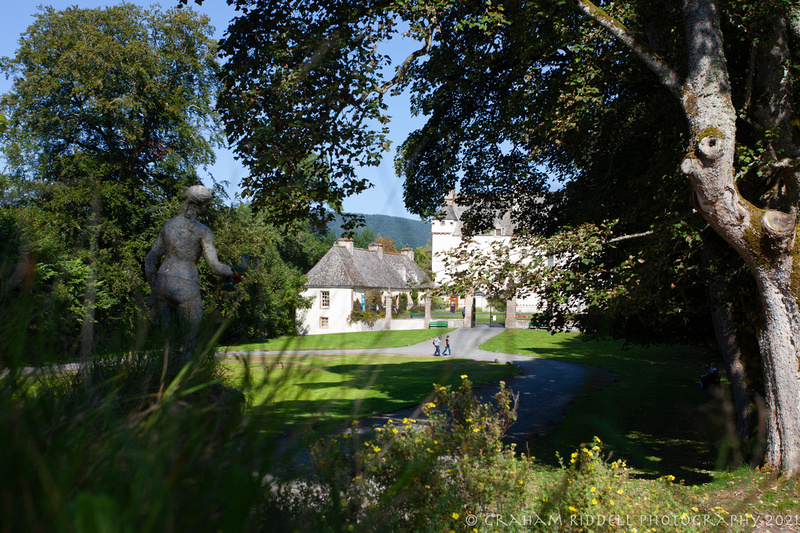 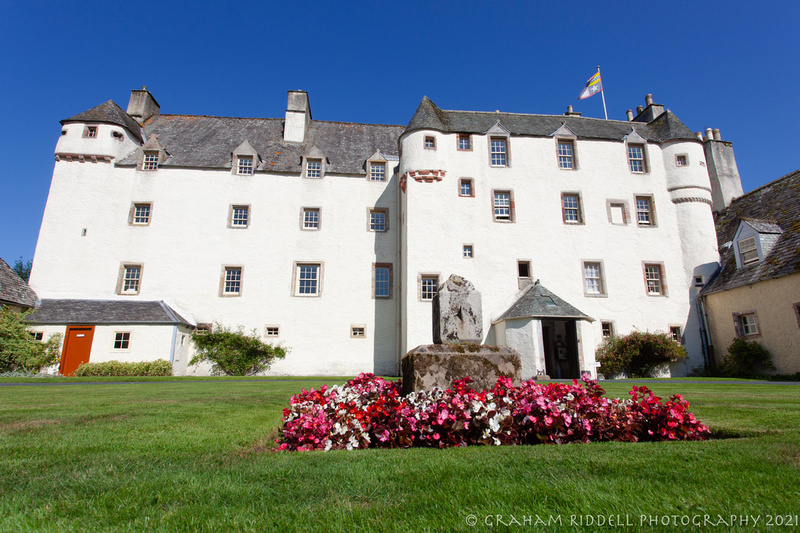 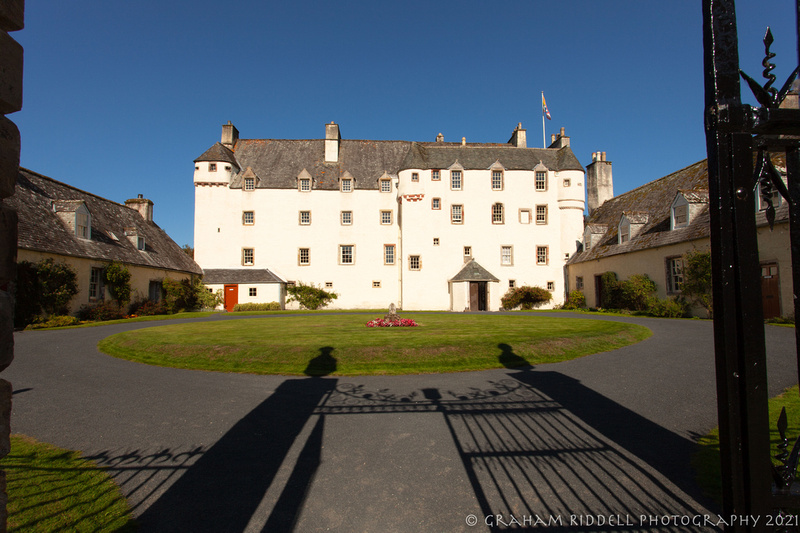 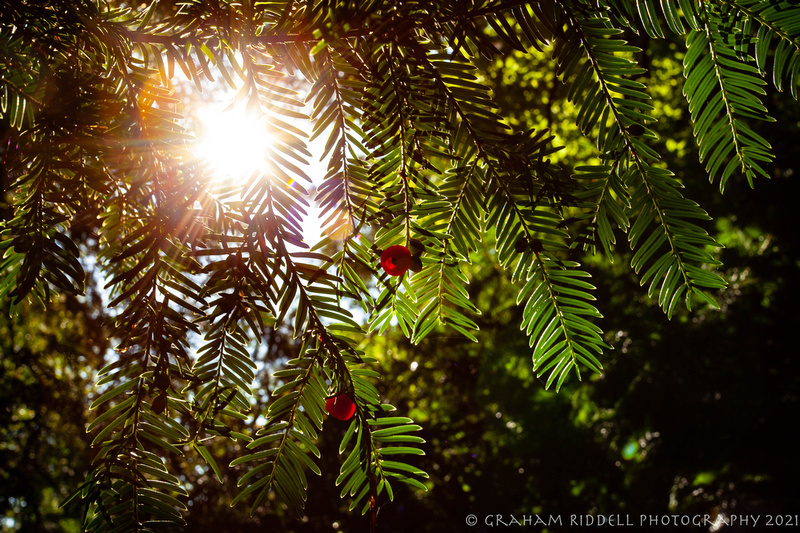 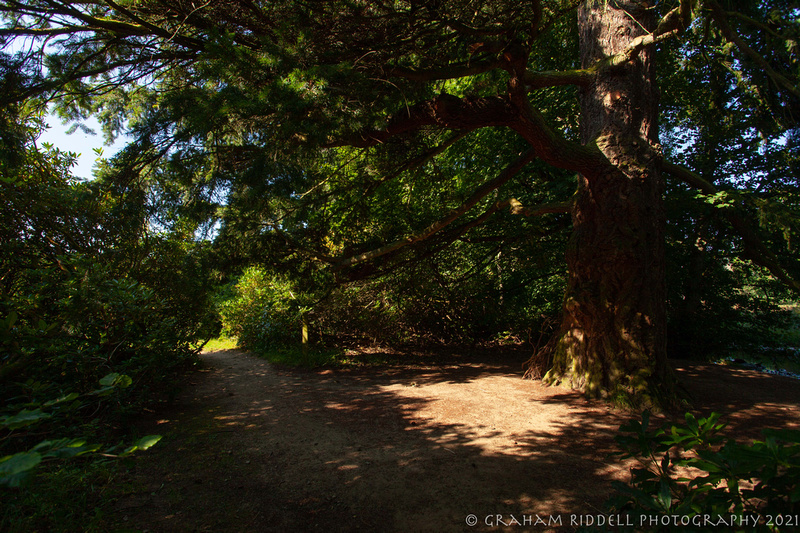 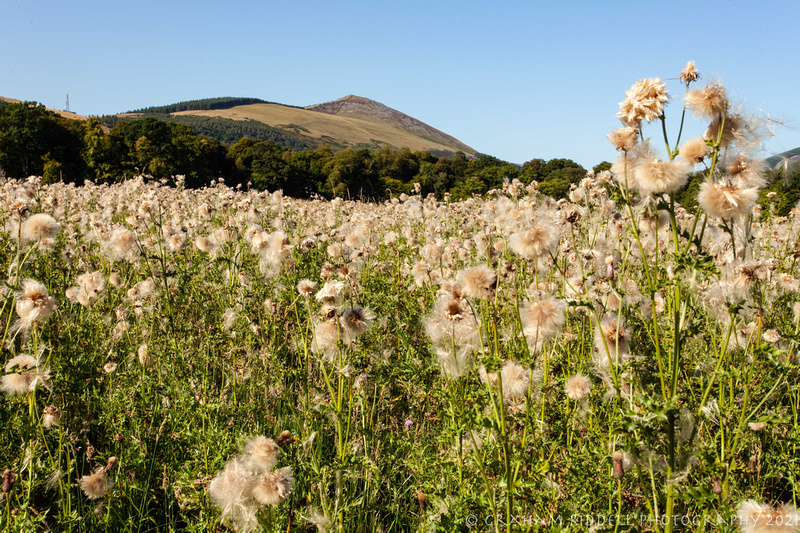 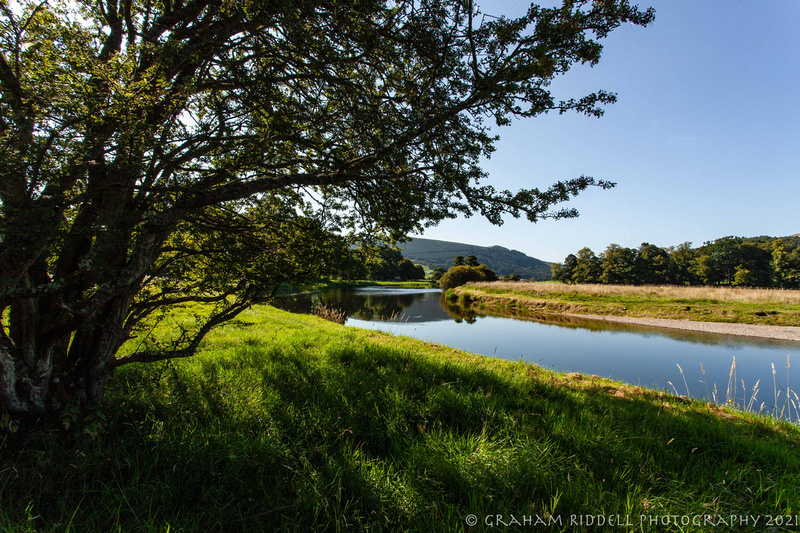 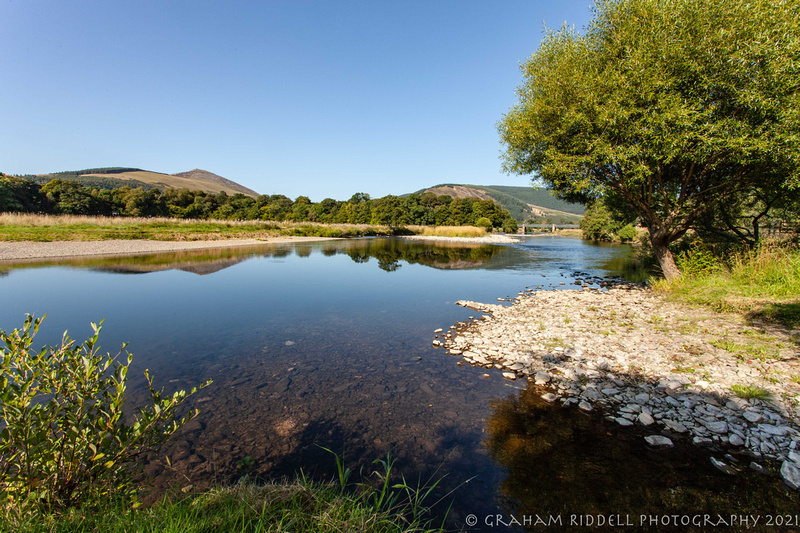 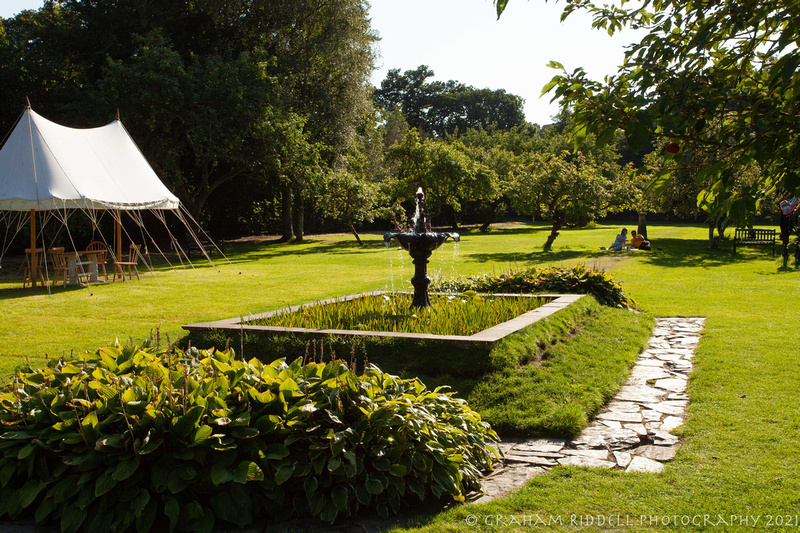 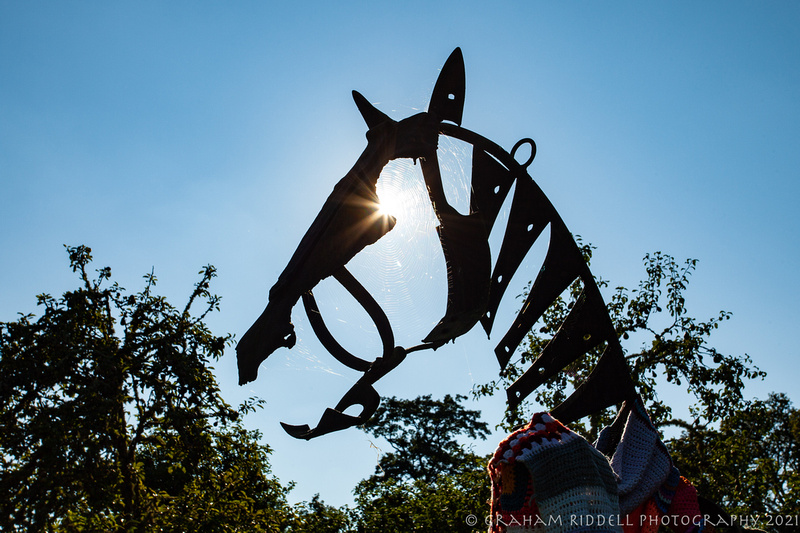 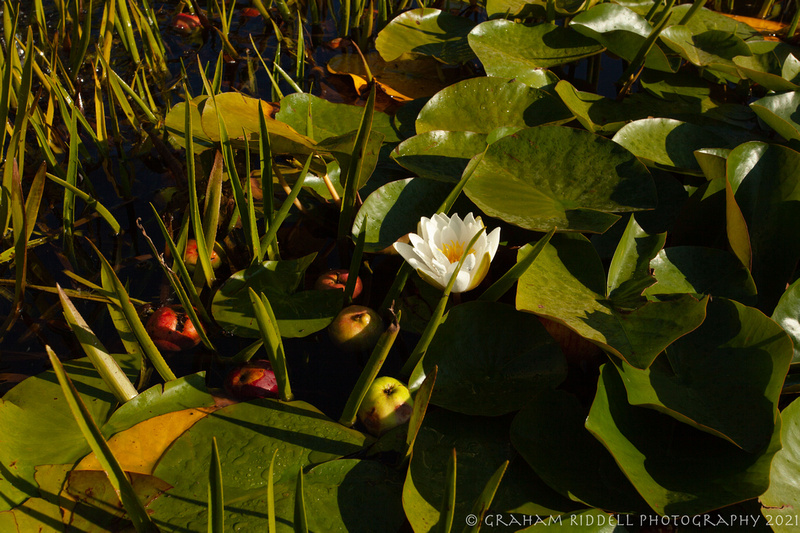 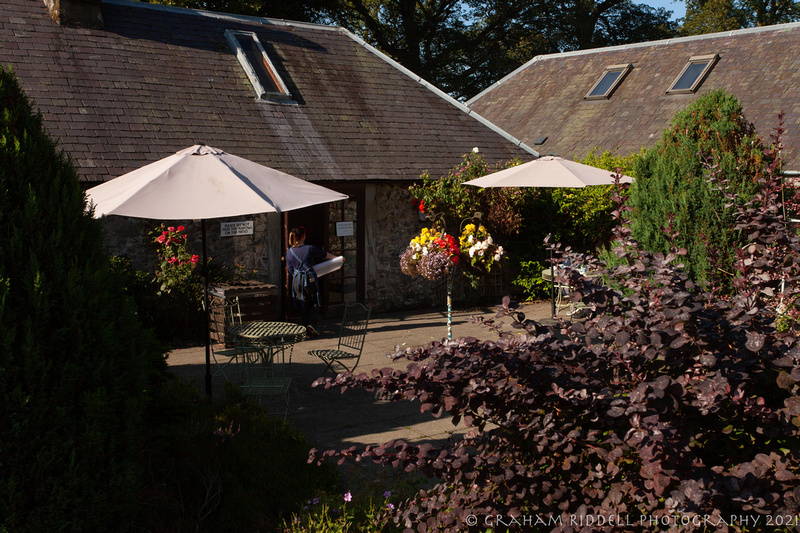