Music to a Photographer's ears 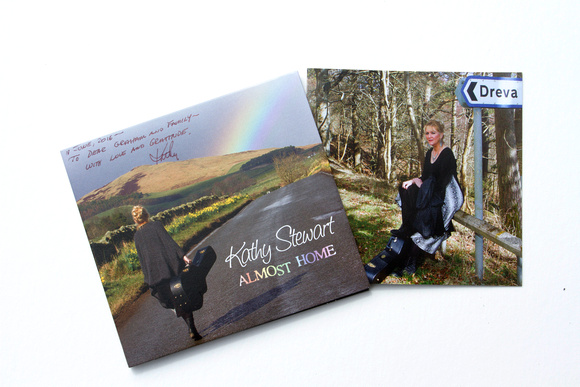 On Saturday, 11th June 2016 I had the pleasure of attending the launch of one of our area's immensely talented musical artists, for her new album 'Almost Home' at the County Hotel in Selkirk here in the Scottish Borders.

This is the story of how I had the great honor and privilege of working with the irrepressible Kathy Stewart, singer and songwriter, music teacher and an inspiration to many. Originally from New York city, Kathy has lived and worked here in the Scottish Borders for over 30 years. Her sweet blend of American country and Scottish/Celtic ballad brings a refreshing antidote to the harsh and aggressive frequencies that dominate our age.

Having written a new album 'Almost Home' over the past three years, Kathy was ready to place her work into production and publish. But she hadn't seen the image yet that she wanted to convey her ideas for the album cover and was contemplating this when, at her local hairdresser, she saw the September month's picture on my 2015 desk calendar sitting before her in the salon.

"I love that" she exclaimed, "it's perfect for my new album cover" 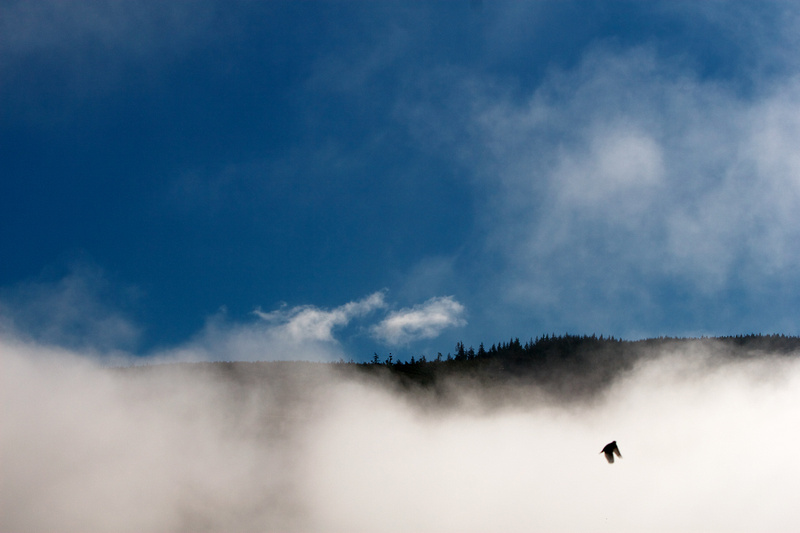 Soul Ascension_col_3208A bird rises in flight from the morning mists seemingly ascending to a higher perspective.

The title of that image is 'Soul Ascension' and appears on the inside double page spread as a background to the song sheet. So how did it go from being a cover choice to the inside?

I had met Kathy before and so when she called me to say how much she adored the 'Soul Ascenssion' image and wanted to incorporate it on the album cover somehow, we agreed to explore it's possible uses with cover concepts.

One of the songs on the album is called 'Dreva' a place here in the Scottish Borders that she loves. A place close to where the mystic Merlin is reportedly buried. The area has a magical, mythological history in this regard.

So we agreed to try a photo-shoot at Dreva and see what happened. I had two dates available and the best one was less convenient as there was pressure to get pictures urgently so we opted for the less good weather option.

We took a few shots at the sign for Dreva. The sun was shining and after a short while we proceeded to Dreva. The valley is open and expansive and I thought it would be good to put Kathy 'in-situ'. But, as soon as we began shooting, ominous dark clouds quickly appeared and before we had time to explore all the options, we were hit by a momentous hail storm. Taking refuge in the car, with the hail battering down, we agreed to call it a day. After all, Kathy's partner Ken's tea was still to be made!! 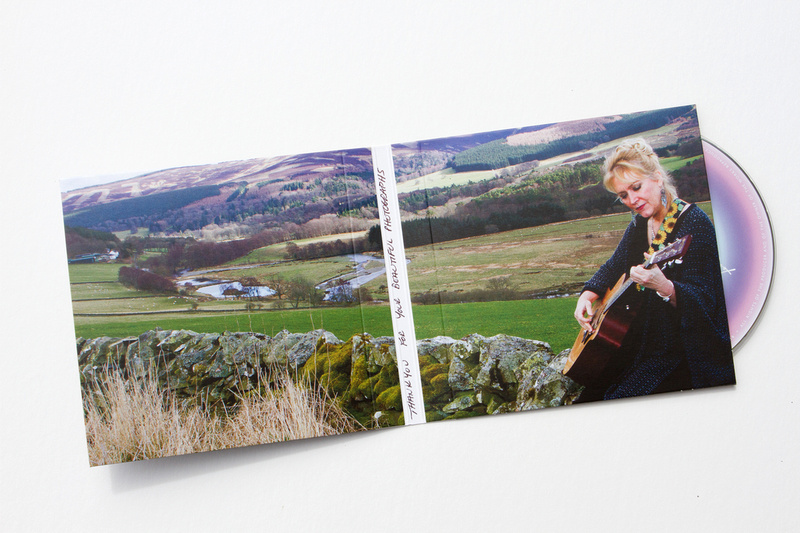 So we retraced our journey and to our utter surprise, were suddenly confronted by a truly magical sight as if by Merlin's or a Higher Power's intervention. For there on the road before us, a magnificent rainbow coloured the darkened sky ahead, striking down onto the soft rolling hills as the sun came out.

It was one of those moments when you knew that there would never be another opportunity quite like this one ever again, so ignoring the spate of cars on an otherwise quiet, empty country road, I said to Kathy to get her guitar case and walk into the rainbow.

And so it was, that on that disappointing afternoon shoot in April, we got the shot of a lifetime and she got her album cover.

Kathy's ex -husband (Andy Stewart of Silly Wizard fame) died on the 27th December 2015 where she and their son were at his side.

I like to think Merlin was summoned by that other 'Wizard' and wished Kathy and her new album the success it deserves. 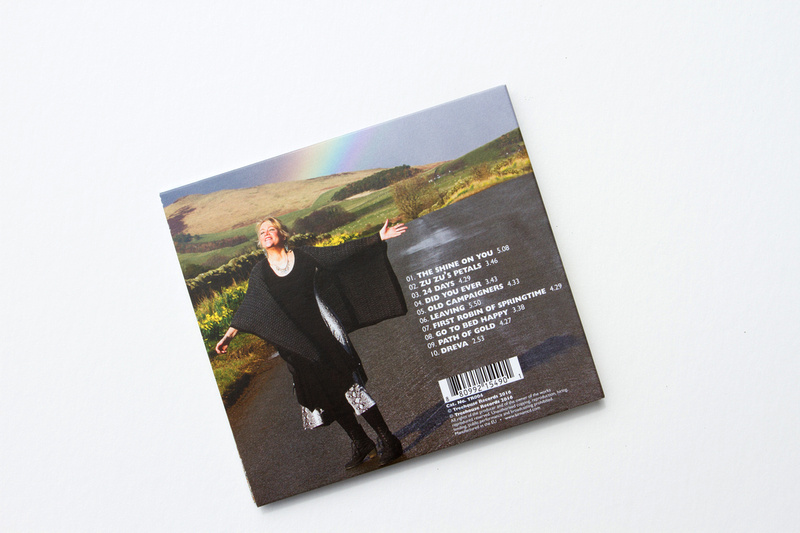 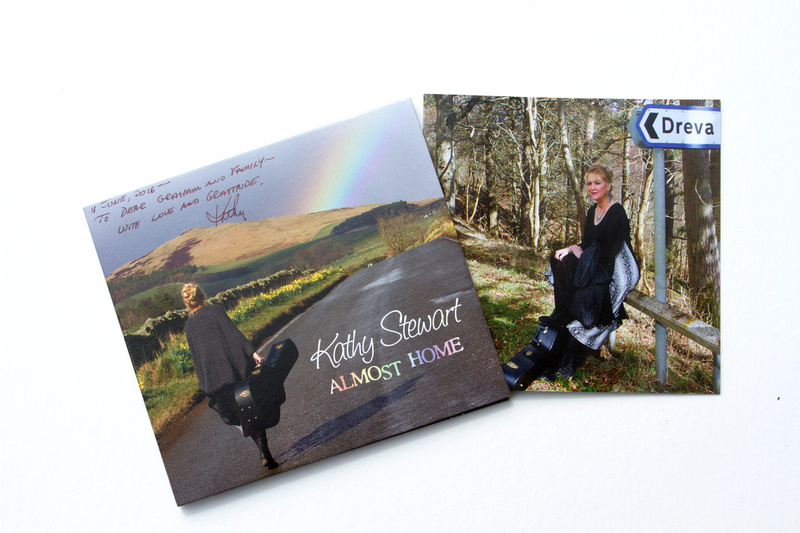